If there was ever any doubt about “grass roots” qualifications when discussing the tea parties, I would suggest looking at a recent one here in Traverse City as an example, and also as a learning experience. Stacy Mathia, who had attended the recent tea party rally in Petoskey, was inspired, asked Joe Wurzelbacher if he would like to speak at yet another, she put it together, and the rest as they say..  is history; Saturday May 16, 2009 at 5 pm we had a Tea Party rally at the civic center in Traverse City.

My confirmation of the Traverse City Tea Party came on the 13th late in the day from Roger Bucholtz, the director of the Michigan Fair Tax Association which attempts to get speakers and be present at community events such as this in our state, because nothing could be more clear than the need for a change in the way needed revenues are raised in Michigan.  Roger indicated he would be speaking at our event, and wanted to be sure he had some other people on stand by if the crowds resulted in the need for more folks to hand out the Michigan fair tax information, etc.. As I have been a point man in Grand Traverse for the fair tax, naturally I would be there.

I say my “confirmation” however, because the first I heard, was only a day before I posted the original article mentioning this happening.  I was surprised that such a potentially high profile event went relatively unnoticed for the two weeks it was being prepared for.  I mean, for crying out loud.. “Joe the plumber!”  Why am I only hearing about this now I thought? My concerns about turnout were validated…  We had 106 people show.  I know the number, because 106 people is an easy number to count.

Some of the big items were taken care of quite well.  The permits were pulled, a location secured, the main attraction was secured, other speakers (MFTA, AFP)  were organized, Sound equipment  rented, parking signs made, “tea” shirts printed bearing the name “community organizer” (kinda cool shirts – if you want to get one i’ll get you info) were made, tables etc…  But short notice required a lot of aggressive advertising, and though Stacy,was able to get Norm Jones at WTCM to mention it, some family and friends of hers got some word out, the lead up time, and adequate advertising turned up a less than optimum party population.

Is there waning interest in this type of affair? NO, particularly when you check and find out that the upcoming San Antonio Tea Party event has 15,000 already confirmed attendees.  Was the itinerary going to be boring?  I would give you a hearty NO.  Was it cold? Well yes, and while that might have cost a few attendees after seeing a wet, cold, and windy morning it hardly was the reason.  It was a simple as advertising, maybe a lack of news coverage otherwise, and possibly not reaching out to those who have already done these things to help get the word out.  I found myself even hours before the event making a few phone calls to see if some folks I knew who would be interested had heard.. and they had not.

But here’s the deal.. At least she did it. At least she took the initiative, gathered up what she knew how to do, and pulled together an event.. Period.  She should be commended for becoming active at a time when we need more like her being active.  She deserves credit for staging the event while at the same time having to acknowledge what might be done better in the future.  The fact is, this is REAL grass roots.  It can be tough to do it like the “pros” sans any experience with similar activities. Not an excuse, but an observation.

We will learn  from this, and move on.  Will we see Joe again? You know, Ill bet sooner than you think. Mr Wurzelbacher  really likes the Grand Traverse area. The wife and I were fortunate to be invited to dinner with Joe and the organizers Stacy, et al. after the event.  He has indicated he wants to come up in the summer. He could see how much Northern Michigan has to offer even on a cold and windy visit.  Joe did offer a unique perspective of how the whole story ( Obama, questions.. etc.. ) began ( go Bengals.. LOL ) I’ll share with you all some time.

But for now Just take this away with you if nothing else..

If you really have a hard time understanding why your elected representatives do certain things, ASK THEM WHY.  If you find yourself saying “I hope someone stops them”  too often, remember it is likely “someone” is echoing your words.  And if you want to have a party.. have a party.

Special Thanks to The Mackinac Center, Community Organizers, Americans for Prosperity Michigan, and Michigan Fair Tax Assn for bringing materials to the May 16 event.  Great minds, great solutions, great people.  Pictures below in no particular order. 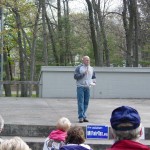 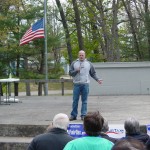 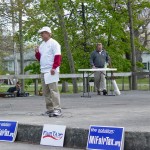 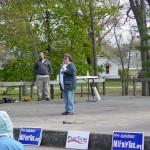 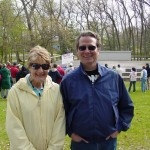 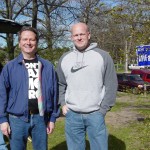 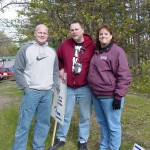 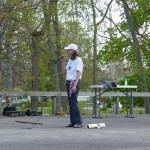 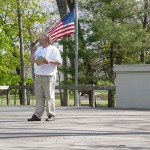 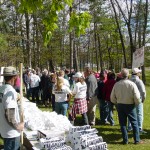 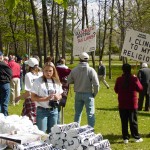 2 comments for “Traverse City, Joe, and Organizing.. a lesson.”