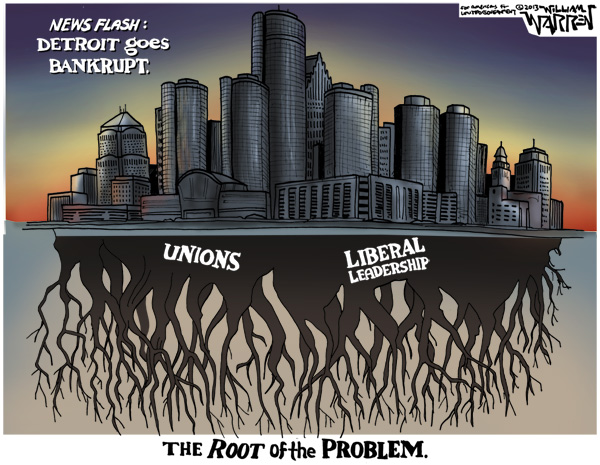 It has been almost a year since Detroit filed for bankruptcy on its $18 billion of debt, and now state and local leaders are on the verge of a deal to bring the city onto its own feet again. Under the deal, city employee pensioners will receive a 4.5 percent cut, and the state legislature has overwhelmingly approved $195 million of additional aid to ease the transition to solvency.

In addition, Detroit is receiving assistance in the form of $366 million from charitable foundations and another $100 million from the Detroit Institute of Arts. Those enrolled in the police and fire fighters pension funds will not see a direct cut, but their cost of living adjustments going forward will be cut in half. Bondholders will take a big haircut.

Michigan taxpayers will unfortunately take a hit — the equivalent of $350 million over twenty years — which is not ideal, but ultimately, it’s up to Michigan to figure out how to deal with the problems Michigan created.