Peace and love, and the sheer joy of knowing you are with those who won’t judge you because you are handicapped, a little obese or just plain Nascar loving hicks from fly over country. THAT was the feeling of attending the 912DC event September 12, 2009.  The march down Pennsylvania Ave by over a MILLION and a HALF participants was underscored by a genuine commonality of ideals shared by those participants; they are simply tired of an over-reaching government ..over reaching.  And their Drug is Freedom. 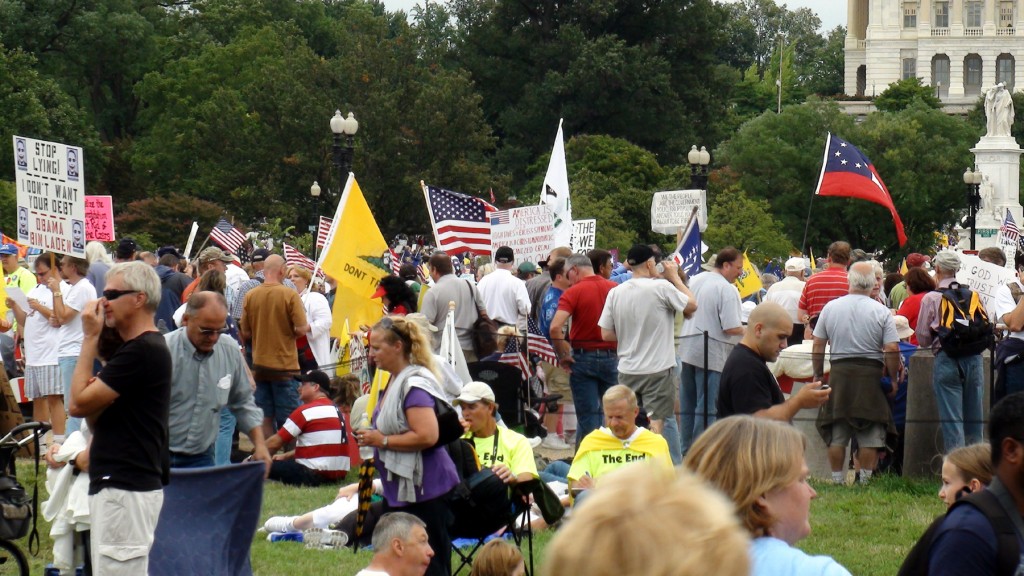 Our group consisted of 55 patriots who opted to forgo the traditional vacation plans, and set aside the money they would have spent on such things, for this trip to Washington DC in hopes of awakening the conscience of Washington.. if there ever was one.  They put off other plans so that they could remind their legislators who is still the boss, and in some cases made not so minor sacrifices to become a part of this historic event.  This patriotic group was mirrored by the hundreds as bus tours alone, and multiplied by tens OF THOUSANDS  with other individuals who opted to drive independently.

Though we had a strong Michigan contingent, the sheer number of  participants resulted in the separation of the group where no matter how much we moved throughout the crowds at the event, we never saw duplicate people, and frankly never saw each other till we met at our predetermined departure point when the event was over.  There were THAT many people..  I had expected 500,000..  perhaps had HOPES for a Million..  but to find out it turned out as 1.5 Million plus!!  WOW! 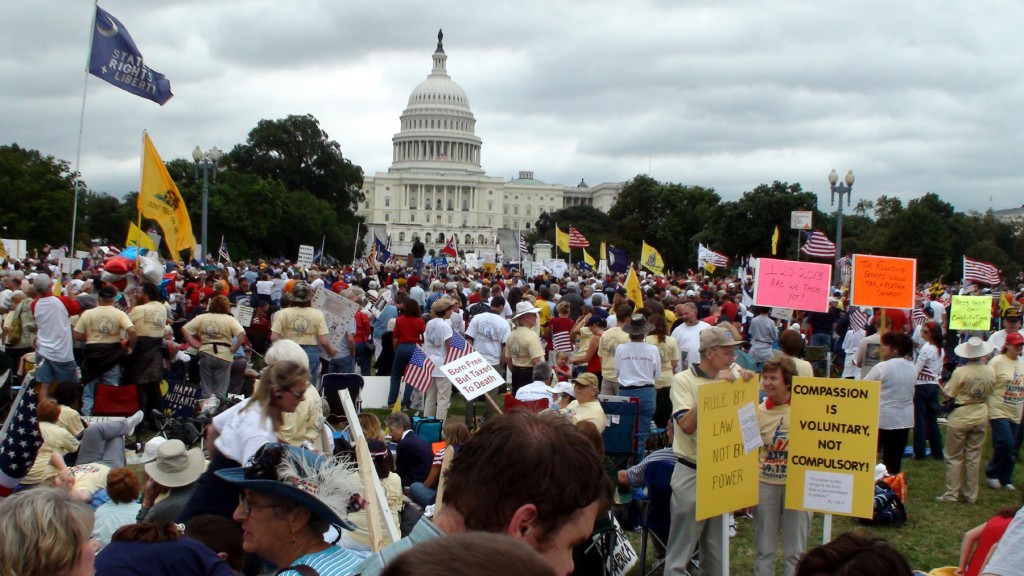 Anyhow..  I wanted to get you all a little up to date..  I have over 200 Photos, and 4 hours of HIGH DEF Video to go through, and these are just a couple. Please Check back in again soon!

← Patriots On A Mission 912DC
Health Care Round Table →

3 comments for “A Right Wing Woodstock…”